Seven-year-old Alec Michaels of Livermore broke the catfish record at Los Vaqueros with a 30.31 pound catch. It was the last record set at the original 100.000 acre-foot reservoir and was set shortly after construction began.  It was the second time the catfish record fell in 2011 and breaks the nearly two-month-old mark of 29.09 pounds held by Van Pham of San Leandro.Alec and his father were fishing from shore, south of the boat docks, with an anchovy when they reeled in the monster.Alec is the youngest person to hold a fishing record at Los Vaqueros. They continue to be regular anglers at the reservoir. 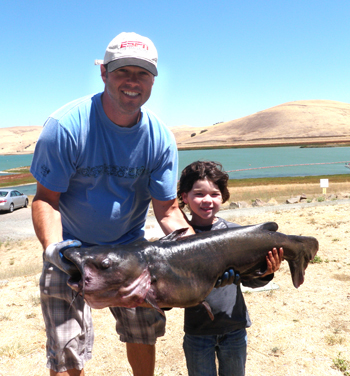