The coastal range in the greater Bay Area has the largest golden eagle population in the world. Some Golden Eagles live at Los Vaqueros year-round, while others just pass through the area.

Nesting Golden Eagles are extremely sensitive to the presence of people. Eagles who are disturbed are likely to leave the nest. People must stay at least one-half mile from active nests to ensure the best chances of chick survival. Nesting usually occurs from early February to late June. We post notices when trails are closed to help give them space. There are currently no closures in place. 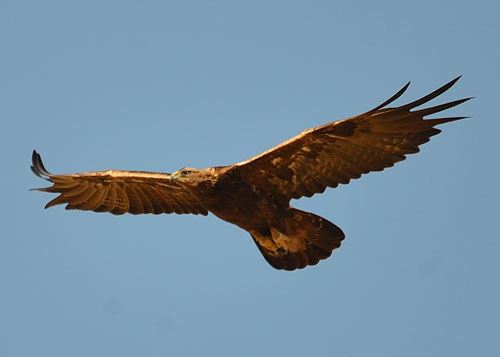